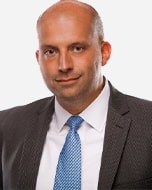 Kurt Calman is the Vice President of Operations for Rochester Regional Health overseeing a number of service lines across the health system, specifically responsible for financial management, growth, recruitment and operational efficiency across these departments. In addition to operations, he has experience in Health IT where his career originally began. He came to United Memorial Medical Center in 2010 as Chief Information Officer prior to the creation of the 5 hospital health system, where United Memorial became a part of Rochester Regional Health system in 2015.

Kurt received his Bachelor of Science in Information Technology from Rochester Institute of Technology and a Masters in Business Administration from the Simon School of Business at the University of Rochester. He has been a Fellow in the American College of Healthcare Executives since 2016. As of March 2020, Kurt was elected the ACHE Regent for the Northern and Western NY regions, and is excited to work with a diverse group of healthcare leaders in both areas.

Back to Chapter Leadership